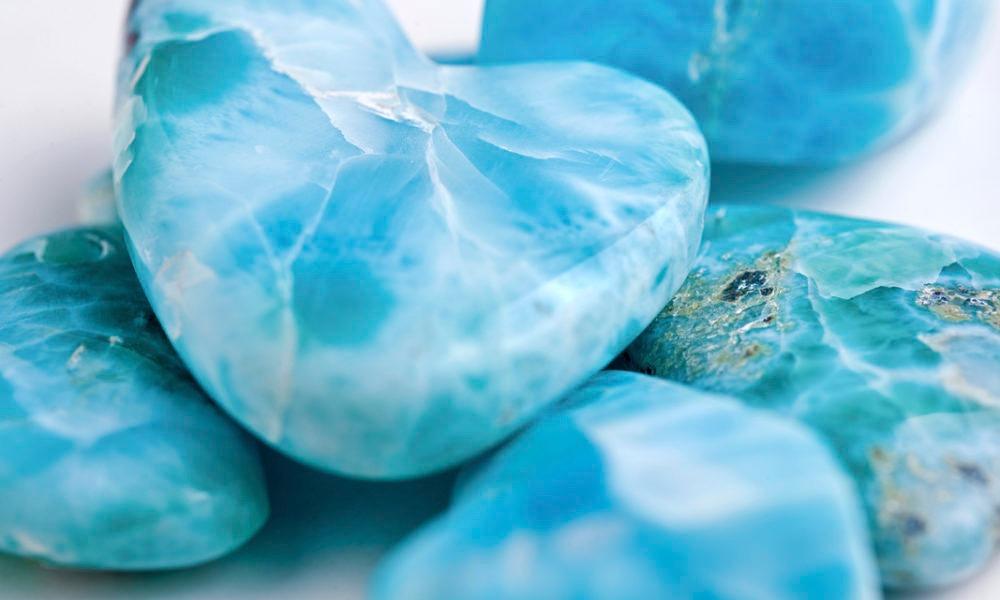 Summer is here! To me that means “blue” sky or “blue” waters. It is and will always be one of my favorite colors! I find it so soothing…

Larimar is a stone in various shades of blue and white. Can you imagine it? I immediately fell in love with it when I saw it during our first trip my husband and I took to the Dominican Republic before we moved there. They took us to one of the most famous artisan markets in town, where merchants sell traditional products from the Dominican Republic. First, they showed me Larimar in its raw state and the jewelry crafted with it.

When I saw the mix of the various blues: light blue, deep blue, and green blue with white, it was love at first sight!

Larimar was first discovered in the Dominican Republic in 1916 by Father Miguel Domingo Fuentes Loren, who was the priest at the church in Barahona province. In November of that same year, he asked permission from the authorities to explore the mines, but it was denied since no one knew about this type of mineral better known as PECTOLITE. 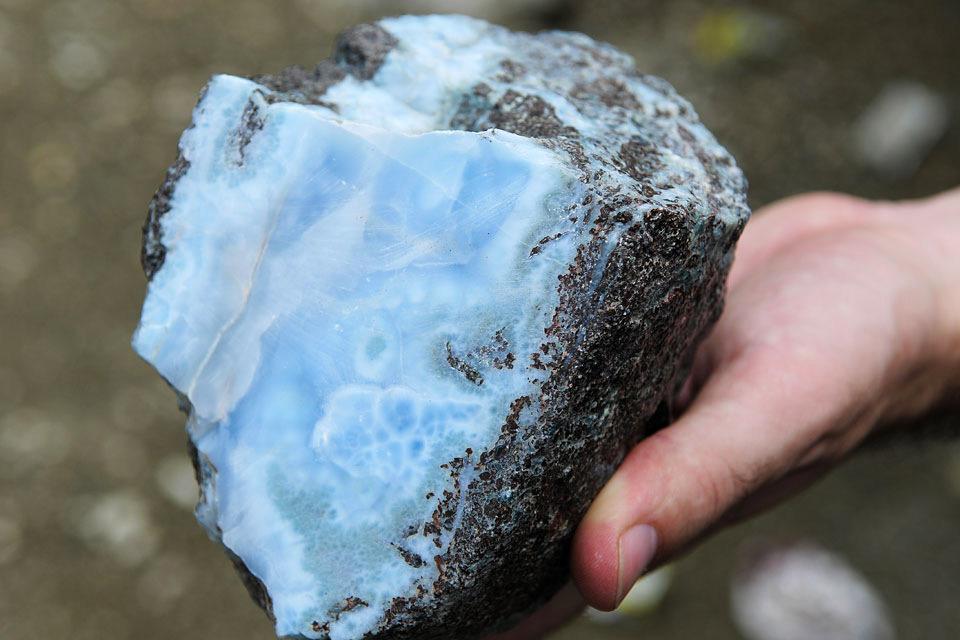 Pectolites have been found in different parts of the world, but none have Larimar’s unique coloring. This blue color, much different than other rocks, results from substituting calcium by copper.

In 1974, at a beach in the Barahona coast, Miguel Mendez and Norman Riling re-discovered Larimar. The locals called it “Blue Rock” because they thought it came from the ocean but that wasn’t the case.

The initial rocks found, were remains that came from the Bahoruco river and had been swept away by the ocean. However, these first found rocks came from a mine called “Los Chupaderos”. What a coincidence! This is the same place where the parish priest first discovered Larimar! What do you think about that? 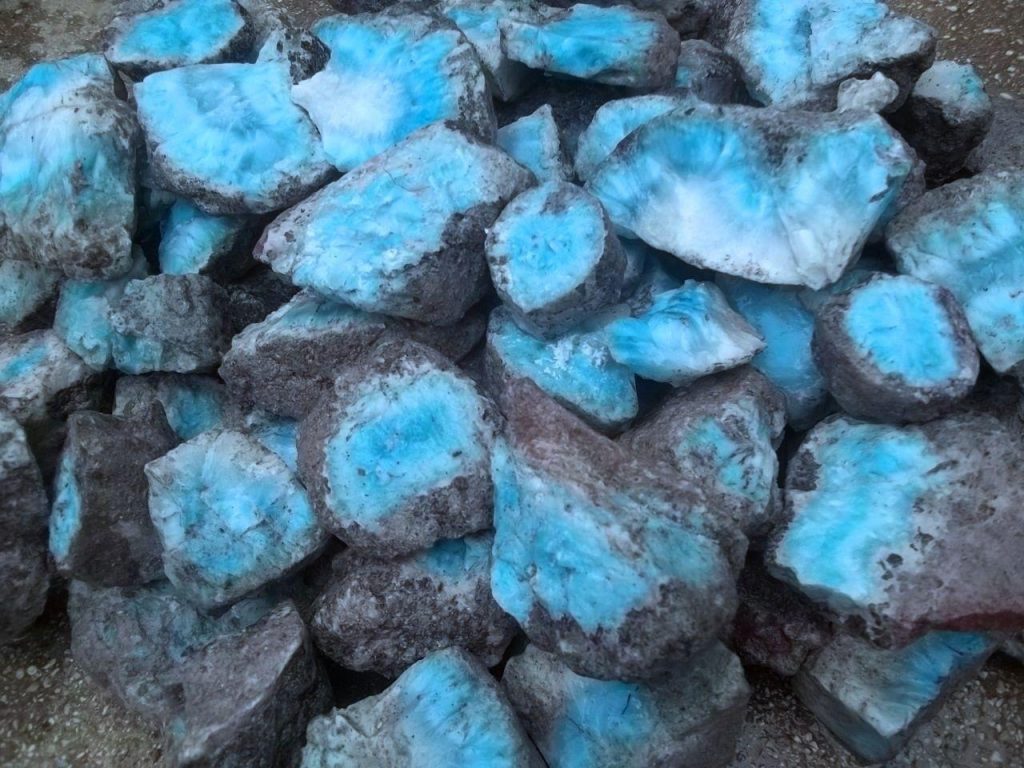 Mendez, had a daughter named Larissa and, in her honor, he named the re-discovered rock. LARI-MAR. Lari of course from Larissa, and Mar for the beautiful shades of blue of the Caribbean ocean.

Larimar’s quality depends on its coloring. If white is the prominent color, then the quality is poor, However, when a volcanic blue dominates this represents a high quality Larimar. Sky and volcanic blue shades of this gem are used in fine jewelry. Greenish tones of Larimar, on the other hand, are not very desirable and thus not sold unless it is a very intense green.

Some larimar rocks have a tinge of red which indicates the presence of iron deposits. In recent years, this type of larimar has had a boost in the jewelry industry and has gone up in price due to its rarity. 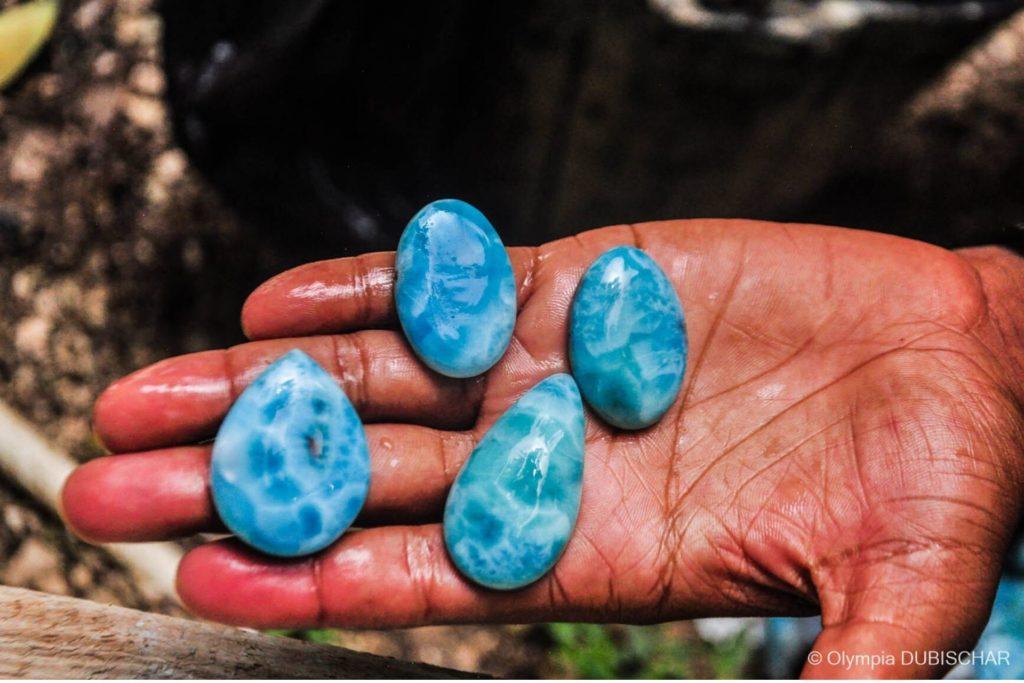 Famous designers and craftsmen work this stone mostly in silver and only a few work it in gold. This may be due to the color of the stone being a ‘cool’ color which goes best with another cool tone. Would you agree?

While I lived in the Dominican Republic, I had the honor of meeting one of the most talented designers that works and designs with this stone: Dominique Calderon. This artist combines silver, larimar and pearls. She sometimes uses Amber since it is the second most famous stone of the Dominican Republic. She has decided to represent her country with her jewelry, it’s beautiful!

Stay tuned to my social media in the upcoming summer months; as I will be publishing some of my new products crafted with this beautiful stone. Enjoy your summer! 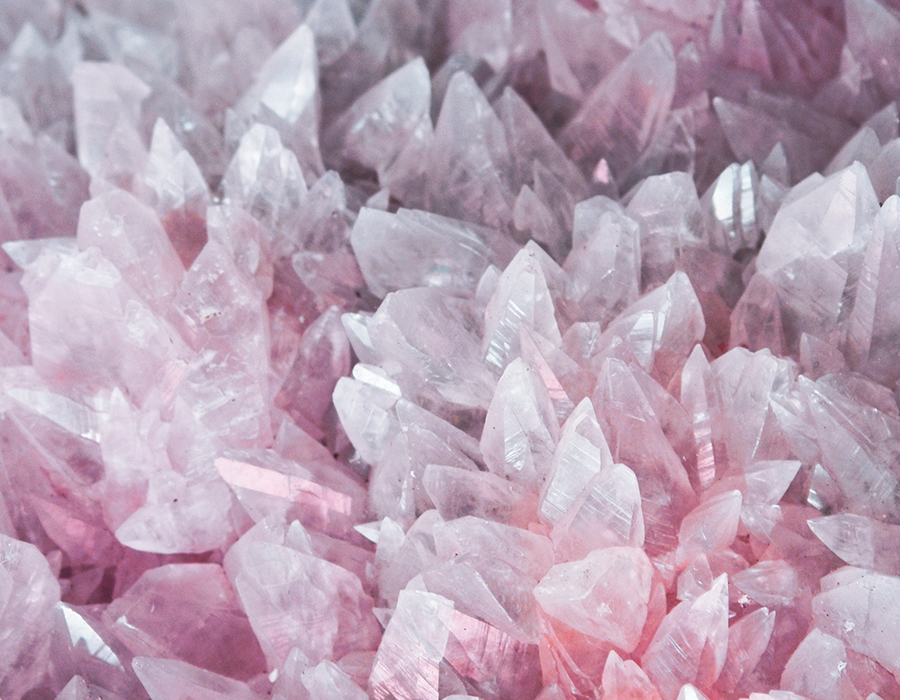